Is the person serving your food being exploited? 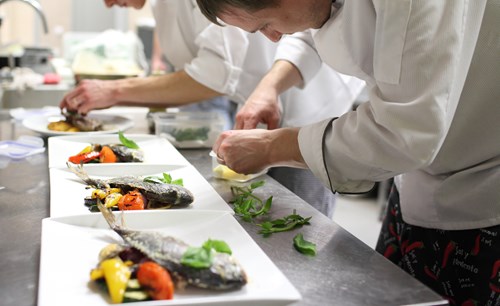 Will you be having a cheeky takeaway this weekend? Or perhaps planning a special meal at your favourite restaurant?

Then you could be in a unique position to spot if workers are being exploited.

Between January 2017 and April 2018, the Gangmasters and Labour Abuse Authority (GLAA) received 263 reports relating to potential exploitation of workers in the food industry - indicating 765 potential victims of exploitation across the UK.

The most common concern reported is that workers are not being paid the National Minimum Wage, with some businesses paying well below what they’re entitled to, or sometimes nothing at all.

Some reports suggest victims working over 80 hours per week, sometimes without a day off, with the hours on their payslips not reflecting the actual amount they’ve worked.

Salaries are paid irregularly, delayed, only in part, or not at all. We’ve been told that employers sometimes refuse to pay outstanding holiday and sick pay to workers, with some people being forced to work whilst ill or injured.

The reports we receive most commonly involve victims who are Romanian men aged between 26 and 31, though anyone can be a victim.

Ian Waterfield, Head of Operations at the GLAA, said: “People working in the food industry are at risk of labour exploitation due to the high turnover of staff, outsourcing, and the informal employment arrangements often in place.

“Many victims simply won’t know what they’re legally entitled to and accept a fraction of what they deserve, with the employer pocketing the money that should be theirs. Some victims are simply too afraid to speak out, which is why we ask you to be vigilant and report any concerns you may have. Be aware of the signs and call us if you have any suspicions – together we can ensure workers are being treated fairly.”

Where workers live can also be a key sign of exploitation. Some live above or behind their workplace, with reports suggesting victims living in tents, cars, caravans and semi-derelict buildings, or with the potential exploiter and their family. Accommodation is often shared by several workers and is sometimes cramped or uninhabitable, sometimes with only a mattress on the floor and lacking basic facilities.

Are you concerned that someone working in the food industry is being exploited?