Ahead of Anti-Slavery Day this Sunday (18th October), GLAA Director of Resources Dan Scully, shares his thoughts on the importance we should place on marking this day and what it means to be involved in working to combat slavery and exploitation. 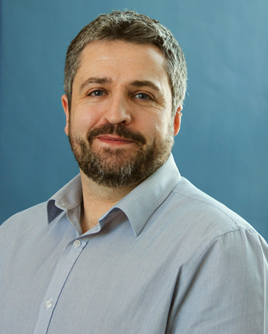 "When we look back through the UK's history it is clear that at different (sometimes overlapping periods) we were actively involved as a country both in the slave trade, and in seeking its abolition. The roots of that movement to abolish slavery began early in the 18th Century; but it was a long struggle and it wasn’t until around 1800 and William Wilberforce, that this vile trade in people finally started to be tackled. The fact it took another 30 years before the Slavery Abolition Law came into effect in August 1833 shows how difficult it was to change attitudes.

"I was struck by two things here, firstly the overwhelming overt and accepted nature of slavery in our fairly recent past and secondly the absolute commitment of a small number of people to end the abhorrent practice and who took on the ‘system’ to make a positive difference for other people.

"Today, when I reflect on how much attention organisations have paid to modern slavery prior to that time, compared to where we are now, it’s been a huge change. It is right we should credit Theresa May, who as then Home Secretary, championed the issue of modern slavery and played a key role in introducing legislation and raising it on the public agenda. As we know, it was because of that period that the GLAA came into being too.

"Probably everyone has an image in their heads of what Modern Slavery, trafficking or exploitation looks like. For me – and I remember it really clearly – I was at Heathrow Airport behind the passport control desks. I noticed a man with a young child had been at the desk talking to the officer for some time. When I looked again at the little girl, about 8 years old, she looked directly back at me for a few seconds with very wide eyes and I could just tell something was wrong.

"I can still see her face perfectly clearly.

"Later on it was established that the adult was attempting to traffic the child into the UK and she would likely have gone on to be abused, it was part of a trafficking ring. The pair were separated and the man arrested. Only one of many, in that case trying to cross the border.

"So, that is where I go back to when I am thinking about what exploitation looks like and why it matters – perhaps we don’t help ourselves with all the different categorisations we put around the coercive control of another person, whether it is modern slavery, trafficking, labour exploitation it is still controlling another person to some degree and against their will.

"One thing is as true now as it was in the 17th century is that there are people in our country who think it is OK to coercively control other people and exploit them. It may be more sophisticated now and harder to track down but we know it happens.

"The GLAA is one of a number of bodies making a very positive contribution to tackling exploitation".