A man and woman convicted of supplying illegal workers to food factories have been served with the country’s first ever use of an order described as an ASBO for rogue employers.

Sabina Gaina and Badar Hayat made a fortune from the practice which also saw workers packed four to a room in rented houses after they came to the UK from Eastern Europe.

The pair were given 12 month prison terms, suspended for two years, along with being served with Labour Market Enforcement Orders (LMEO), also in force for two years.

The orders require compliance with measures aimed at preventing further offences being committed under UK labour law. Failure to do so is a criminal offence.

The duo had each admitted an offence of acting as a gangmaster without a licence following an investigation led by enforcement agency the Gangmasters and Labour Abuse Authority (GLAA). 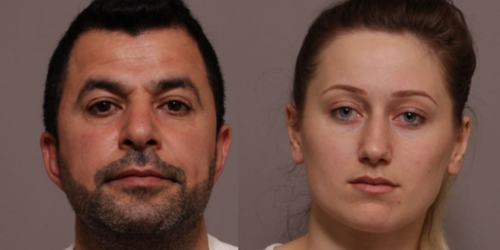 Gaina, 25, of Erskine Street, Leicester, and Hayat, 43, of Abbey Lane, Leicester, had joint control over five properties close to Leicester city centre which they sub-let to workers recruited from overseas.

Some workers claimed up to 13 people had been forced to sleep on mattresses on the floor of one three-bedroomed property. The overcrowded arrangement netted the two nearly four times the amount of rent they were paying each month.

Gaina spotted an opportunity to profit from recruiting overseas workers after she signed up for a GLAA licensed agency herself and was sent to work at a thriving bakery in Leicester in November 2015.

Realising the bakery was keen to take on more agency workers, she agreed with Hayat to recruit and supply them with additional staff – an activity that requires a GLAA licence.

The couple posted recruitment adverts on social media using the name Anglia Jobs. Their company offered – for a fee – to find ‘well-paid’ work in the UK and ‘good quality’ accommodation.

The duo also travelled to Romania and Moldova to recruit. At Leicester Crown Court Judge Nicholas Dean QC told the couple they had exploited people by offering them the prospect of a better life and had made a profit of between £20-£25,000.

GLAA Director of Operations Ian Waterfield said: “This was a clear case of two ruthless opportunists spotting a chance to make a quick and substantial profit by preying on vulnerable workers.

“They targeted those with little money, who spoke little or no English, many of whom were in a desperate position in their home country. The conditions they promised were a far cry from those that were delivered in reality as they drove their tenants into debt and gave them no choice but to work their way out of it.

“The serving of an LMEO is significant because it puts strict controls around Gaina and Hayat attempting to employ workers in the future. Breaching that order is a criminal offence and the judge has said if they do, they will go to prison."

The GLAA worked with the regional Government Agency Intelligence Network (GAIN) before embarking on a joint operation with Leicestershire Police to arrest the suspects and interview their workers.

1. Providing workers for roles in the UK fresh produce and food processing and packaging sector requires a licence under the Gangmasters (Licensing) Act 2004. Unlicensed provision is a criminal offence which carries a maximum sentence of 10 years imprisonment.

2. The GLAA is a national law enforcement and compliance agency charged with protecting vulnerable people from exploitation. Its broad remit covers a labour market in excess of 10m people and it works closely with the Police Service and a raft of other agencies and strategic partners to achieve its aim of working in partnership to protect vulnerable and exploited workers.