An uncle and nephew each received suspended prison sentences yesterday for illegal shellfish gathering following a joint investigation by the GLA and North Wales Police.

Both men admitted charges under the Gangmasters (Licensing) Act at Caernarfon Crown Court in relation to organising a group of workers to gather shellfish from the River Dee estuary.

They profited handsomely from the arrangement with Christopher Mossman, aged 48, of Victoria Way, Bagillt, often seen driving around the area in a Bentley, which has since been seized.

He admitted using workers to gather shellfish, which is an offence under the 2004 Act.

Mossman was sentenced to 18 months imprisonment suspended for two years and ordered to perform 240 hours of unpaid community work.

His nephew, Kane Mossman, aged 20, of Maes Gwyn, Flint, pleaded guilty to aiding and abetting the gangmaster’s offence by allowing a bank account in his name to be used for processing payments received from shellfish sales.

He was sentenced to nine months imprisonment suspended for two years and ordered to perform 150 hours unpaid community work.

The court was told that Christopher Mossman organised a gang of around 10 workers who regularly gathered cockles and mussels from the Dee.

These were then sold on to various customers across the UK, while some of them were exported to France. 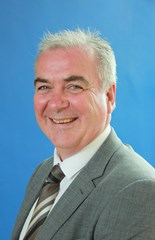 GLA Head of Operations Ian Waterfield (pictured) said: “This was an excellent example of how working in partnership coupled with perseverance on the part of the investigating officers can eventually lead to a positive result in the courts.

“The shellfish sector holds many dangers for workers and was the reason the GLA came into existence.

“The judge in this case clearly appreciated that our licensing scheme continues to play a vital role in ensuring workers directed to collect shellfish on our shores receive the protection they rightly deserve.”

Intelligence about the defendants’ operations was gathered by the GLA and North Wales Police.

Financial Investigator Jessica Cunnah, of the Serious and Organised Crime Unit at North Wales Police, added: “These prosecutions and findings are welcome and come about as a result of a joint investigation between North Wales Police and the GLA.

“This investigation was a focused response to the exploitation of labour and to protect vulnerable workers used in shellfish gathering throughout the region and is the culmination of a protracted operation.

“The prosecutions form part of North Wales Police’s investment into tackling this type of criminality and demonstrates our desire to protect vulnerable workers and also utilise POCA legislation to ensure others do not benefit as a result.

“We are grateful to the public for their support and we intend to work with our communities and continue building upon our relationship with the GLA and other partner agencies to relentlessly pursue these types of individuals, and to that end I’d urge anyone with information regarding this type of criminality or other organised crime to contact North Wales Police on 101 or alternatively via Crimestoppers on 0800 555 111.”

A separate hearing relating to the recovery of around £77,000 in assets under the Proceeds of Crime Act - including Mossman’s Bentley, which was seized by the investigation team – are expected to take place in around six weeks.