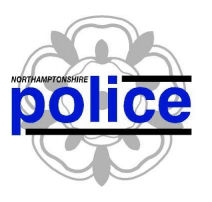 Operation Ruby is a multi-agency investigation into human trafficking, led by the East Midlands Foreign National Crime team within Northamptonshire Police together with the UK Border Agency. THIRTEEN people have now been charged in connection with Operation Ruby.

The offences include conspiracy in respect of people trafficking for exploitation and also money laundering. This involved the trafficking of people to and within the UK from Slovakia, Poland, Romania, the Czech Republic and Hungary. It is alleged that monies totalling up to £10 million have been laundered through various companies set up for concealing this activity.

Foreign national crime teams in the East Midlands are cracking down on criminals involved in trafficking and the organisations behind them, taking away their freedom and their assets. They are committed to identifying victims of trafficking and their care is of paramount importance in any investigation. Those charged are all due to appear at Wellingborough magistrates court in Northamptonshire on 15 and 22 December.

Details of those charged are as follows:-

 A 50-year-old man and a 45-year-old woman from Kettering, Northamptonshire

A total of 17 people have been arrested as part of Operation Ruby.

The primary arrest phase of this operation took place on 18 November 2008 – today is the year anniversary.

Further enquiries should be directed to Northamptonshire Police.