A woman believed to be a potential victim of modern slavery and labour exploitation has been rescued by the Gangmasters and Labour Abuse Authority (GLAA) from a house in Suffolk. 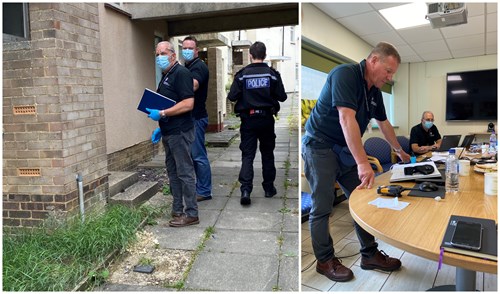 GLAA officers were supported by Suffolk Police in conducting the urgent safeguarding operation at an address in Haverhill on Thursday 16 July.

Concerns had been raised that the potential victim had been prevented from leaving the house she was staying in, for fear that she was about to share her experiences with law enforcement.

The woman, a Romanian national, has spoken to the GLAA and is now receiving specialist support.

As part of the investigation, the GLAA has identified a further woman and four men who are potential victims of exploitation.

GLAA Senior Investigating Officer Jennifer Baines said: “We became aware of some potential issues after a food processing company spotted some of the signs of exploitation through their due diligence checks and rightly raised the alarm.

“We all have a responsibility to eradicate labour exploitation from communities. This means reporting your suspicions to us and not simply turning a blind eye and accepting that this kind of criminal behaviour exists in society.

“Our main priority as an organisation is to work in partnership to protect vulnerable workers. This is exactly what we have done here and now our focus can shift to carrying out a full investigation into these serious allegations.”

Anyone who suspects that someone is a victim of forced or compulsory labour should call the GLAA’s intelligence team on 0800 4320804 or email intelligence@gla.gov.uk.