A 49-year-old man has been arrested on suspicion of modern slavery offences within the construction industry as part of a National Crime Agency investigation.

Supported by colleagues from the Gangmasters and Labour Abuse Authority (GLAA) and Metropolitan Police Service, NCA officers led an operation at a property on Gervase Road, Edgware, London, at around 5am today (22 January).

The 49-year-old, a Romanian national, was detained at the scene and has now been released under investigation.

Eleven people, all Romanian males who were living at the property, were treated as potential victims of modern slavery and will now be offered support. 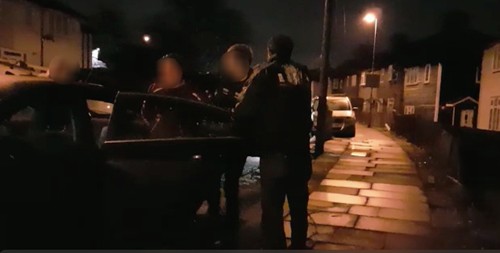 NCA senior investigating officer Ian Truby said: “Today’s operation is the culmination of an investigation into a Romanian organised crime group suspected of involvement in trafficking and labour exploitation in the construction industry.

“It is alleged that victims were forced to live in appalling conditions under the control of the group through a form of debt bondage, which meant they received very little money for work they did.

“Following today’s operation a number of items including phones and documents were recovered, they will now be examined and our investigation will continue.”

GLAA Director of Operations Ian Waterfield said: “Our number one priority is to protect vulnerable people from exploitation and we will continue working with our law enforcement colleagues to do all we can to eradicate modern slavery.

“Thousands of people are being exploited for their labour across the country, so I would appeal to the public to report anything suspicions. Ourselves and our colleagues can then take swift and decisive action such as with today’s operation.”

Anyone with information about potential victims of modern slavery, or suspicions or concerns that someone may be being exploited can call their local police force on 101 or the Modern Slavery Helpline 08000 121 700.