The Gangmasters and Labour Abuse Authority (GLAA) has appointed a former Deputy Chief Constable as its interim chief executive.

Roger Bannister (pictured below) will lead the national law enforcement and compliance agency charged with protecting vulnerable people from exploitation, following the death of its former chief executive Paul Broadbent in December 2017.

The appointment was made by the GLAA’s Board and was confirmed this week by Home Secretary Amber Rudd. He will take up his post on 16 April.

Mr Bannister, 49, was DCC at Leicestershire Police up until his retirement as a police officer earlier this month (March 2018) after 30 years. He has extensive public sector experience at local, regional and national level and strategic and operational leadership in safeguarding and wider public protection.

Mr Bannister said he was delighted to be joining the GLAA and said he was doing so with a ‘good understanding for the fantastic work I have seen’ the authority achieve.

He added: “I have had very positive professional dealings with the GLAA in my former role as a senior police officer and feel privileged to be asked to lead the organisation forward. I knew Paul Broadbent both personally and professionally and I hope to build on the significant work and success that he helped the GLAA achieve.

“I am also looking forward to working in partnership with others to protect vulnerable workers and help bring to justice those who exploit people for their labour and commit criminality.”

Margaret Beels, chair of the GLAA Board said: “Roger’s impressive track record as a police officer, coupled with his passion and enthusiasm to help protect those who are being exploited for their labour, makes him the ideal candidate to take the GLAA forward and continue building on the legacy left by Paul Broadbent.

“He will have the support of the Board and everyone at the GLAA in cementing the authority’s position as the foremost agency for tackling labour exploitation and we wish him every success.”

An open recruitment process to select and confirm a permanent chief executive for GLAA will be carried out over the next six months. 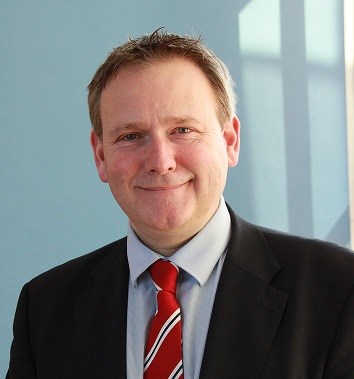