Know your rights around holiday pay 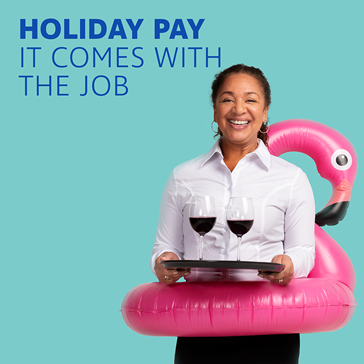 Workers and employers are being reminded that everyone – whether they work full-time, part time or odd hours – is entitled to holiday pay.

Many people don’t realise that for every hour they work they earn holiday pay, with 1.8 million workers missing out on payments last year.

Paid annual leave is a legal right that an employer must provide. Holiday pay is worked out according to the kind of hours someone works and how they’re paid for the hours. This includes full-time, part-time, agency workers, and workers working irregular shifts.

It’s estimated that around 35% of workers incorrectly think that only people in permanent jobs are entitled to holiday pay. And now, a government campaign is hoping to raise awareness of the issue amongst both workers and employers.

Michael Rich, CEO of the Gangmasters and Labour Abuse Authority (GLAA), said: “For most of us, taking a day off from work and being paid for it is something we take for granted, but there are many employees who aren’t aware they are legally entitled to holiday pay.

“It’s vital we raise awareness around this to ensure workers get what they deserve and that we also ensure employers understand their obligations and how to calculate holiday pay.

“Withholding wages is a critical breach of our licensing standards, which supports the Director of Labour Market Enforcement’s conclusion that the GLAA should prioritise holiday pay as a licensing condition.

“For those working within sectors that aren’t regulated, we won’t hesitate to use our wider investigative powers to take action where wages are withheld as a method of forced labour.”

Workers are encouraged to speak to their employer if they’re unsure of their specific circumstances or if they think they’re not getting the correct holiday pay.