A husband and wife suspected of exploiting vulnerable students and supplying them to six care homes in North Wales have been arrested following a raid by the Gangmasters and Labour Abuse Authority (GLAA).

The 31-year-old British-Indian man and 29-year-old woman, an Indian national, were taken into custody after a warrant was executed at their home address in Abergele on the morning of Thursday December 16.

Two addresses in the Colwyn Bay area were searched by the GLAA at the same time, and nine Indian students were identified as potential victims of modern slavery and labour abuse.

GLAA officers found the workers sleeping on mattresses on the floor in cramped, cold and unsanitary conditions, with one of the addresses having a fire hazard.

The potential victims were all transported to a nearby reception centre to receive specialist support and the opportunity to enter the government’s National Referral Mechanism (NRM).

They have since decided to return to their homes but with safeguarding packages put in place, consisting of food parcels being delivered to them and enhanced security being provided at their addresses, which have also been red-flagged to North Wales Police.

A further five potential victims, also Indian nationals on student visas, were identified within the community and are receiving the same support.

The suspects, both registered nurses who run a recruitment agency, were interviewed by the GLAA on suspicion of offences under the Modern Slavery Act 2015, before being released under investigation.

All the care homes that have used workers supplied by the agency have been notified, as have the families of the residents living in the six facilities. 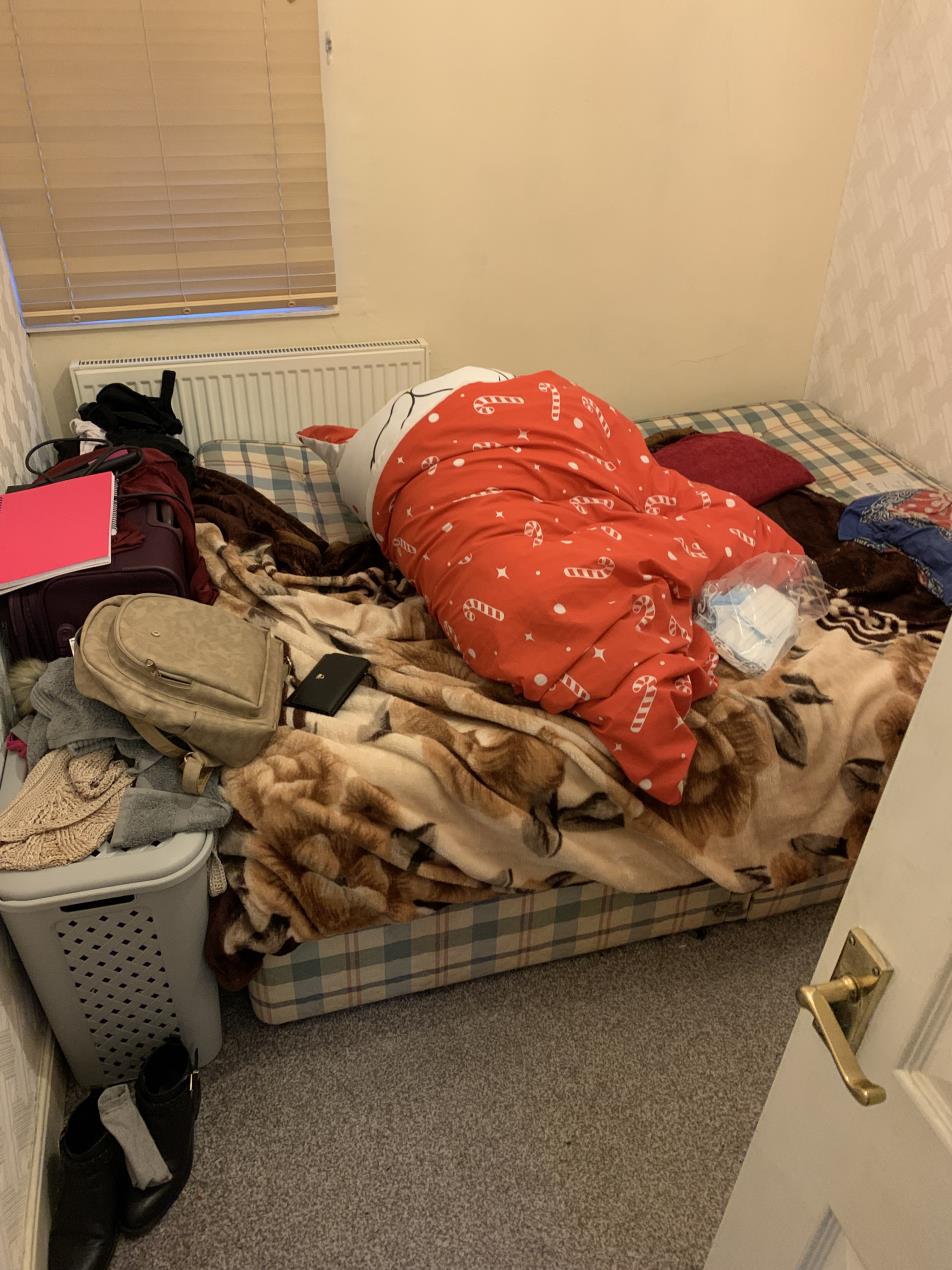 Professionals working within care homes in North Wales raised the alarm about the quality of care that the staff supplied by the agency were providing to residents.

Information supplied to the Modern Slavery Helpline and shared with the GLAA and police said that the workers were turning up tired and “smelling”.

The workers were said to be always hungry and were even spotted eating leftovers from meals given to the care home residents.

Investigations have indicated that they all worked more than the 20 hours per week allowed for students studying in the UK, and that their wages were controlled by their alleged exploiters.

Reports have also suggested that the potential victims were transported to and from work each day, with the suspects dropping them off and collecting them close to the care homes, but never from directly outside them.

GLAA Senior Investigating Officer Martin Plimmer said: “There is a well-publicised shortage of workers within the care industry which has been amplified by the COVID-19 pandemic. This presents real risks as opportunists and unscrupulous employers may look to fill this void by exploiting vulnerable workers.

“We believe that the suspects have recruited the potential victims from areas and regions of India that they themselves are familiar with. They appear to have gathered people who aren’t qualified, aren’t suitable for the work they are being asked to carry out, and who have been made to work excessive hours, especially so if they are here on student visas.

“We would encourage members of the public to remain vigilant and to be aware of the signs of exploitation in this sector. Most importantly, we would urge you to report your concerns to us. Your information really counts and allows us to conduct operations such as this one.”