FOUR people have been jailed for a combined total of more than 23 years for offences relating to the exploitation of migrant workers in Fenland.
Their convictions are a result of Operation Endeavour, a joint police and Gangmasters Licensing Authority (GLA) investigation to tackle the large-scale exploitation of workers. 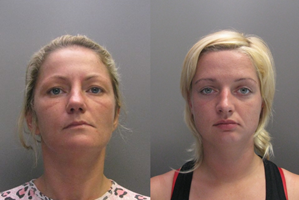 Vankova (pictured right), Valujeva (pictured left) and Valujevs were also found guilty of assisting an immigration offence, namely arranging sham marriages.
Today (May 20), at the same court, Valujevs, of Turbus Road, King's Lynn, was jailed for three years for the criminal property offence and five-and-a-half years for the immigration offence, the sentences to run consecutively.

Vankova, of Creswell Street, King's Lynn, and Valujeva, of Turbus Road, King's Lynn, were each jailed for two years and four years on the same charges respectively, again to run consecutively.

Mezals, of St Bartholomew's Road, Reading, was jailed on his single charge for three years.

Vankova, Valujeva and Valujevs had been tried for the sham marriage offences as part of a previous trial at Blackfriars Crown Court in December 2014, however, the jury had failed to reach a verdict.

At that same trial, Latvians Valujevs (below right) and Mezals (below left) had been found guilty of acting as unlicensed gangmasters. 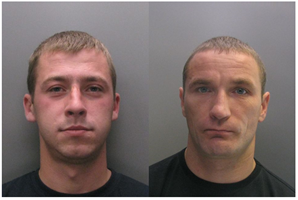 Detectives working on Endeavour discovered all four defendants were using the bank accounts of victims to commit offences.

The court heard victims would be brought to the UK, housed in accommodation controlled by the defendants and placed in debt bondage through the withholding of work and overcharging for transport and rent.

They would be taken to banks to open accounts in their own names but using the contact details of either Vankova, Valujeva or Mezals so they could control the accounts.

The jury also found that Vankova, Valujeva and Valujevs had either offered or forced three women to go through with sham marriages in order to repay debt.

Detective Inspector Jenny Bristow said: “I hope today's sentencing and the previous two trials have shown how seriously we and the courts take this type of exploitation.

“The operation run by the defendants left many people in abject poverty and debt and all four defendants ruthlessly took advantage of the victims for their own gain.

“We know the exploitation of vulnerable people, many of whom simply want to make a better life for themselves in the United Kingdom, is still happening. However, we are committed to working with colleagues in partner agencies to protect vulnerable people and bring those who commit criminal offences against them to justice.”

Operation Endeavour was launched as a result of a joint agency campaign called Operation Pheasant which began in early 2013 with the aim of tackling homes of multiple occupancy and poor living standards affecting economic migrants, mainly from Latvia and Lithuania, in the Wisbech area.

Pheasant continues today with officers working with colleagues from Fenland District Council and the GLA to combat exploitation and associated crime in Fenland.

Officers have built strong links to the Eastern European community, enabling them to identify criminal organisations and obtain information and intelligence.

The Op Pheasant team is seen as a best practice for how to deal with trafficking and exploitation and is recognised by foreign embassies of Eastern European countries that have been affected.